The Elmer Iseler Singers (EIS), conducted by artistic director Lydia Adams, celebrates its 40th Anniversary Concert Season in 2018/19. This 20-voice fully-professional choral ensemble, founded by the late Dr. Elmer Iseler in 1979, has built an enviable reputation throughout Canada, the United States and internationally through concerts, broadcasts and recordings — performing repertoire that spans 500 years, with a focus on Canadian composers.

EIS present a five-concert series in Toronto each season, and are featured at concerts, workshops, and festivals throughout Canada. Annually, EIS sponsors choral workshops through their GET MUSIC! Educational Outreach Initiative for secondary school conductors and choirs, concluding with a joint public performance.

The EIS enjoy a special relationship with the Toronto Symphony, currently celebrating the success of their joint Chandos recording of the music of Ralph Vaughan Williams.

The Elmer Iseler Singers are a 2014 National Choral Award recipient and a 2017 Juno Nominee in the “Classical Album of the Year: Vocal or Choral Performance” category. July 2018, Lydia Adams was recognized with Choral Canada’s Distinguished Service Award. 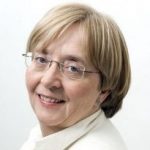 Octava Vocal Ensemble is a national award-winning a cappella octet based in Toronto. The group was founded in…