Founded in 2003, Melodia is exclusively dedicated to exploring, creating, and performing exemplary classical and contemporary music composed for women’s voices. Melodia nurtures the next generation of women composers through commissions and performances and holds a composers competition periodically. Under the leadership of Jenny Clarke, Executive Director, and Cynthia Powell, Artistic Director, Melodia has performed at Symphony Space, Merkin Concert Hall, DiMenna Center for Classical Music, and the Church of Saint Ignatius Loyola. We have been heard on WQXR and Q2 radio, including in “Her Music: 24 Hours of Emerging Women Composers,” in 2014, 2015 and 2016, and seen on NBC television. Melodia is the recipient of two WNYC/WQXR Radio Salute the ARtS Initiative awards and released its first professionally-produced recording, Lullaby, in 2014. Melodia’s first ever summer sing for women’s voices in August 2019 was attended by 90+ singers. 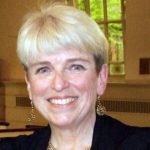 Melodia Women’s Choir of NYC, Cynthia Powell Artistic Director, is an acclaimed ensemble of 30+ singers who explore, create, and perform both classical and contemporary works composed for women’s voices and instrumental ensembles. Melodia is a professionally-managed, grant-funded organization. Concerts are presented in November and April/May each season. We are currently auditioning singers for our 2021-2022 season. Our fall program will explore a wide range of pieces written within the 20th century for women’s voices, flute, strings, and piano. Singers need strong sight-reading skills and choral experience. High-level, friendly group. Contact [email protected] or [email protected] for an audition.