With Music, we build bridges between hearts

Ponte: With music, we build bridges between hearts

Growing Reputation in the East

Under the leadership of its Principal Conductor and Artistic Director Stephen Lam, Ponte has made a pioneering approach to playing the role as a modern-day symphony orchestra and chorus. It strikes the highest possible standard for excellence in musical performance at home and in the area; enriches and shapes cultural life through a wide spectrum of program in Bay Area communities in southern China, reaching new audiences and participants through multi-media performances, audience development and educational programmes. Based in Hong Kong, Ponte engages with a world-wide audience through its tour performances and online broadcasting.

Bringing the City Something Inspiring

Since its first performance in the summer of 2009, the orchestra and chorus has been introducing a wide range of programme covering the East and the West, from renaissance music to contemporary work and pop music. Highlights like Mahler’s symphonies, Chinese contemporary choral music and rearranged Canton pop music have been introduced to the city by a group of professional and passionate Ponte musicians. From time to time, Ponte continuously grows in stature and acclaim, exploring the possibility to collaborate with different artforms like movie, dance, painting, Chinese calligraphy and oriental culture. These performances allow Ponte to become a pioneer in the area of interdisciplinary art in the region.

Ponte, being Italian for ‘bridge’, signifies how the Ponte musicians, aside from striving for musical excellence, also endeavors to build a bridge for the audience to interact and interconnect through music.

Since its establishment, Ponte has been invited to events by the Hong Kong Government and German Consulate of Hong Kong, representing Hong Kong to perform in cities including Vienna, Berlin, Prague, Budapest, Ljubljana, Bratislava and Macau. Not only do the performances allow Ponte’s music to reach audiences, but interviews with different broadcasting and printed media. With its target to reach out to more people, Ponte has been involved in recording of multiple Asian movie soundtracks and collaborating with different local composers. The mission to bridge the music between hearts is not limited to those who cannot afford a concert ticket. Since its establishment, Ponte has been active in engaging in performances both on a community and voluntary base, as well as tight collaboration with charities. Its free, sun-drenched concert in summer each year shares the joy with over 50,000 audience as a gift to the city.

Music of the Future

Ponte Orchestra and Singers believes that it is of utmost importance to build the music interest among the young generation. Different community and street performances, flash mobs and online live concerts have received universal acclaim, with its video accruing more than 1 million views on YouTube, amassing viewers from all over the globe, enriching musical life of people in Hong Kong and around the world.

Throughout the year, the two flagship programmes provide opportunities for youth musicians and nurture and gain public recognition as a symbol of musicians of the new generation bridging the East and the West. Young Musician of the Year and Music with a Theme, provide extensive education and a community platform for young talents and music outsiders respectively. Young Musician of the Year offers uprising young artists a stage to show their talent. Meanwhile, Music with a Theme has launched various concerts each year with different themes, designed with different multimedia to make classical music accessible to people of all ages and musical backgrounds.

Starting from the Season 2018/19, Ponte will launch another long-term comprehensive and interactive education program, the Beethoven Project; teaching teen students how to appreciate classical music from different perspectives. This brings professional musicians into every classroom, offering demonstrations and trainings free of charge. Furthermore, the program brings students and kids from grass-root families into our performances, participating in the performances with musicians hand in hand. 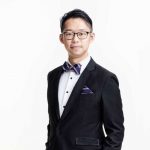 Sing City is a vocal ensemble established in September 2015. The group is comprised of singers from all…

Phoenix, is referring to the many Flame Trees that are found in HK, blooming in May around the city.

Plaisir Ensemble was found in 2005 by renowned tenor & conductor Mr. MAN Kin-Ping, the music director and…