CHORAL & CULTURAL TASTINGS IN THE SECRET CORNERS OF EUROPE

UMBRIAN SERENADES is a unique CHORAL & CULTURAL SUMMER PROGRAM that brings together AVID CHORAL ENTHUSIASTS, dedicated amateurs and professional musicians alike, who strive for CHORAL EXCELLENCE. These “SERENADERS” seek opportunities to PERFORM exquisite sacred and secular CHORAL REPERTOIRE spanning from the Renaissance up through the 21st century, in art-filled and unique venues throughout the “OFF-THE-BEATEN-PATH” regions of EUROPE in charming Medieval towns, with other LIKEMINDED CHORAL SINGERS and LEADING CONDUCTORS in the field.

The program began in 2006 in Umbria, Italy, where over the span of 11 summers “Serenaders” performed in the towns of Spoleto, Montefalco, Trevi, Bevagna, Spello, Assisi, Perugia, Preci, Norcia, as well as in Siena, Tuscany. In 2017 the program ventured into the province of SORIA, in the CASTILE & LEÓN region of SPAIN, and has performed in unique cathedrals and venues, in the towns and villages of SORIA, ALMAZÁN,  CALATAÑAZOR, BERLANGA de DUERO and MEDINACELI. Summer 2019 marks the program’s first time in NOTO, SICILY, June 23-July 4.

UMBRIAN SERENADES was founded by professional singers, voice teachers, and choral conductors, HOLLY PHARES (2006-2011) and PAULO FAUSTINI, after many years performing and working for the Festival dei Due Mondi (Two Worlds) in Spoleto, Italy.

JOSEPH FLUMMERFELT was guest conductor from 2010-2015. DAVID HAYES, who currently serves on the CHORUS AMERICA board of directors, conductor of THE NEW YORK CHORAL SOCIETY, music director of THE MANNES ORCHESTRA, and staff conductor of the CURTIS SYMPHONY ORCHESTRA, has been the program’s guest conductor since summer 2016 in Umbria, Italy, in Soria, Spain for summers 2017-18, and will return in 2019 for our Baroque Sicily program, June 23 – July 4. 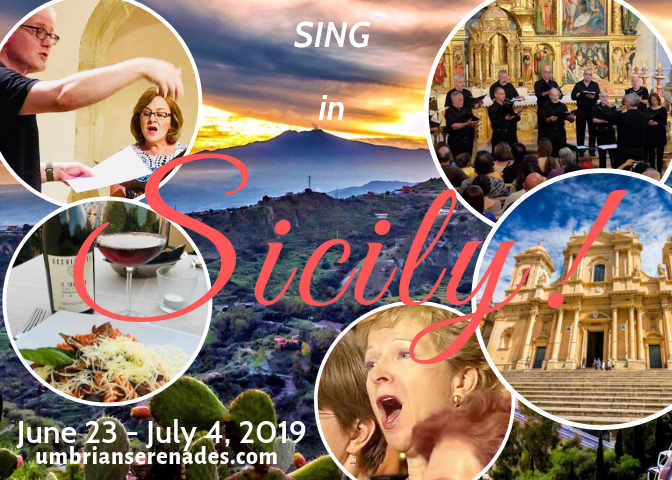 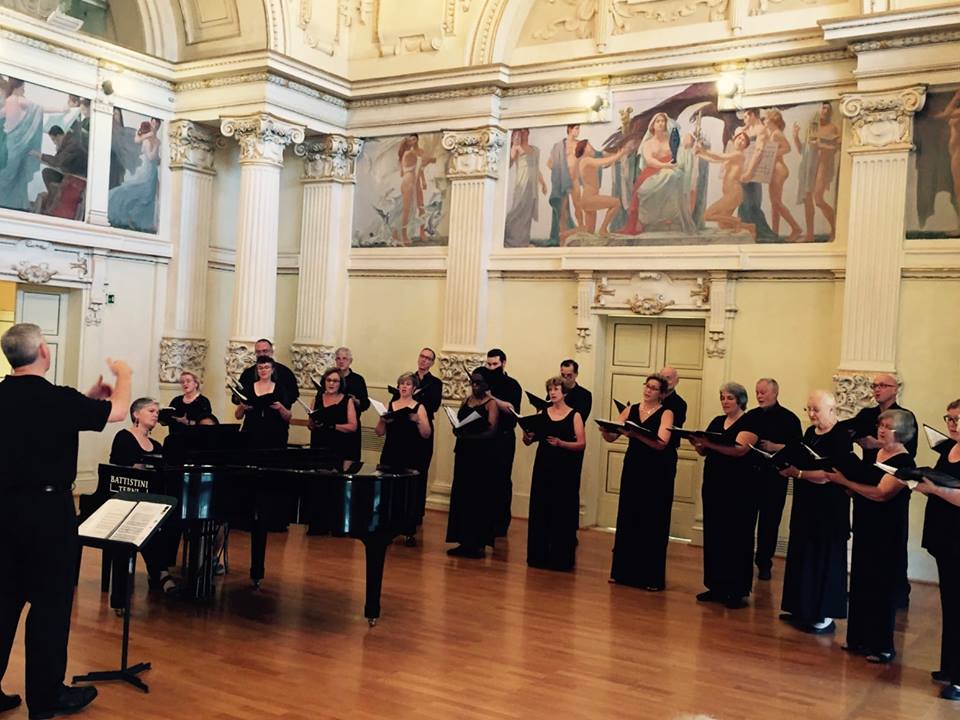 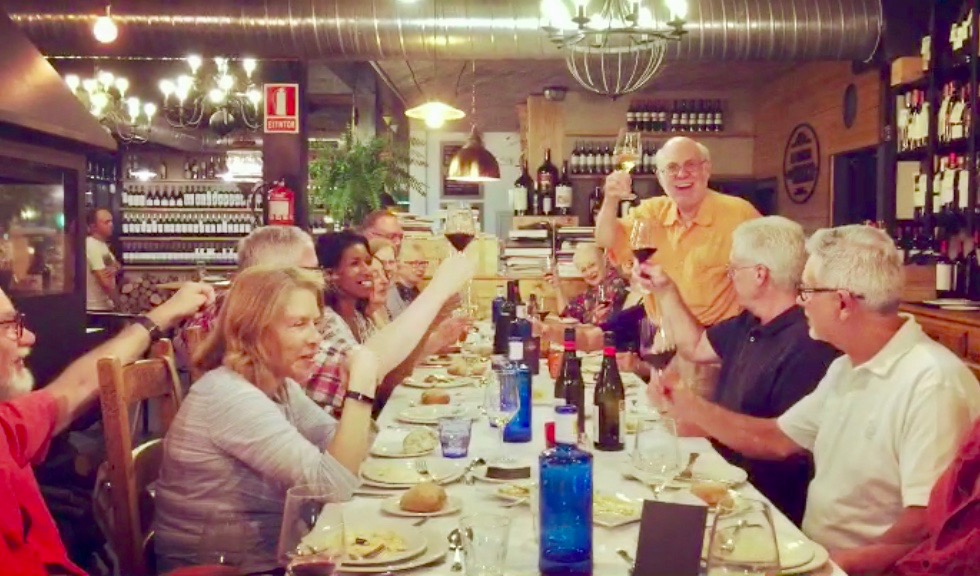 To provide LIFE-TRANSFORMING and CROSS CULTURAL experiences through CHORAL SINGING for CHORAL SINGERS, their TRAVEL COMPANIONS, as well as the European communities where our program takes place.