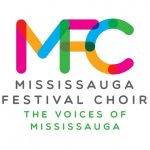 We are thrilled to welcome special guests The Barra MacNeils, featuring seasonal music from the Maritimes and beyond.

Why You Should Attend

Hailing from Cape Breton, Canada, the Barra MacNeils have been making music since they were children, when they first began learning various instruments. The group of siblings were barely into their teens when they started playing professionally. In fact, Lucy MacNeil was all of 16 when their debut album, The Barra MacNeils, was released in 1986. Initially, they played traditional maritime Celtic folk music, but have since branched into rock, folk, and even jazz. This group is a showstopper and have collaborated with MFC on some wonderful arrangements!