The Cecilia Chorus of New York Presents their Music Director Mark Shapiro in Conversation with The Brothers Balliett, followed by a Choral Sing-along - June 29 @ 7:00 PM on Zoom

In the third episode of their free, online series You Heard Them First, The Cecilia Chorus of New York presents their Music Director Mark Shapiro in a Zoom conversation on June 29 @ 7:00 PM with identical twin composer/ musicians The Brothers Balliett, followed by a choral sing-along to Haydn’s Creation.

The program will begin with a meet and greet from 7:00 to 7:15, the conversation with The Brothers Balliett at 7:15, and the sing-along to The Heavens are Telling from Haydn’s Creation at 7:45.

The event is free, but limited space is available for the discussion. Register for the program at https://zoom.us/meeting/register/tJ0rc-qhpz0vGNVIF4wYnXulp70NQ9nAeniz. Guests are welcome to join the sing-along at 7:45. Download the Haydn score at https://ks.imslp.net/files/imglnks/usimg/7/71/IMSLP35013-PMLP40341-Haydn-SchoepfungVSpeters.pdf.

The Brothers Balliett’s most recent project with the Chorus was the commission and World Premiere of Fifty Trillion Molecular Geniuses, an adaptation of the best-selling book and Ted Talk phenomenon My Stroke of Insight by Dr. Jill Bolte Taylor. The premiere performance was given on May 3, 2019 at Carnegie Hall’s Stern Auditorium/Perelman Stage, 57th St. and 7th Ave. in Manhattan.

Identical twins Brad Balliett and Doug Balliett have been performing together and collaborating on compositions for nearly thirty years. They’re hosts of the WQXR Q2 radio show The Brothers Balliett.  In 2017, they wrote a version of Seneca’s Oedipus the King for The Cecilia Chorus of New York.

Mark Shapiro was appointed the seventh Music Director of The Cecilia Chorus of New York in 2011. The New York Times has characterized his conducting as "insightful" and acknowledged its “virtuosity and assurance,” and “uncommon polish.”  The Cecilia Chorus of New York, winner of the ASCAP/Chorus America Alice Parker Award, was founded in 1906 and has evolved into one of the finest avocational performing arts organizations in New York City. 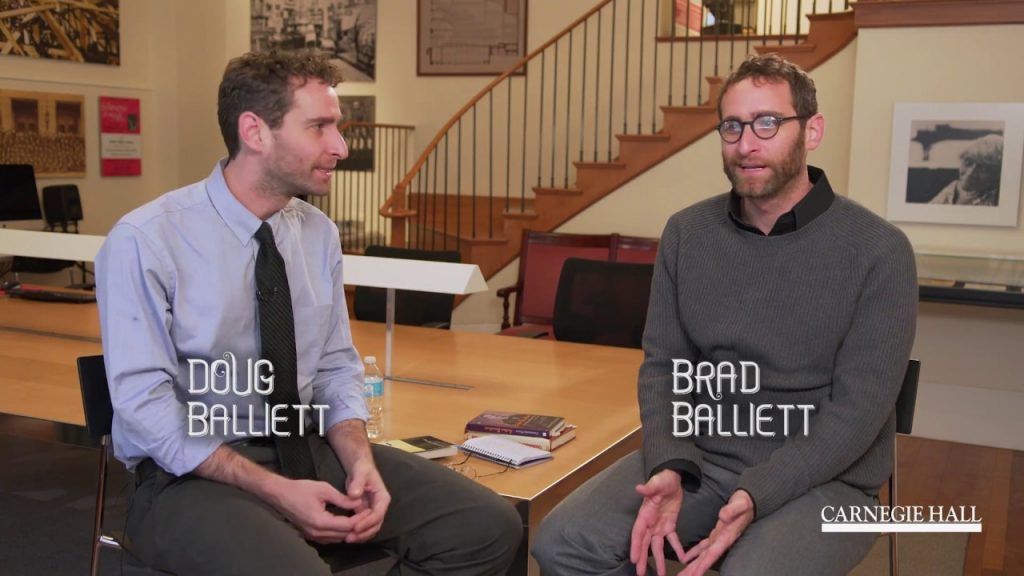